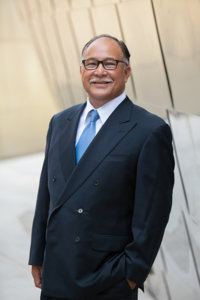 Rudy spearheads strategic relationships with CPAs and Business Owners in order to identify opportunities to reduce tax liabilities and more advantageous investment options.  Through concierge level service and serving as a reliable source of information, Rudy identifies candidates for substantial tax savings and prepares business owners to work with our partners; experts in these strategies.  Our focus at Profectus Financial is to build long-lasting relationships so that we can continuously learn about our clients’ needs and provide optimal solutions to maximize wealth generation.

We focus our services around the unique needs of small business owners. As entrepreneurs ourselves, we have a distinct advantage to help you grow your success.

Useful Information for Your Reference

Unsure how we handle client information?  This details how we keep your information safe.

Who are we?  Read on one of our partners, Kelly Woo, in an industry standard magazine.

Introduction to advanced planning and how can it save you money.

One of our primary tools to identify tax savings and investment opportunities (password protected).

Rudy graduated from the California Military Academy, Officers Candidate School and served in the United States Army National Guard as an officer in the Medical Service Corps. He received his Master’s degree from the University of Southern California in Public Administration where he was nominated as a candidate to serve on the committee of Social Economic Development for Third World Countries at the United Nations in Genève, Switzerland. While living in Europe, he studied languages at Eurocentres School of language in Cologne, Germany and at Alliance Francaise in Paris, France. Rudy is conversational in Dutch, French, and German.

Rudy has worked and volunteered for the American Red Cross as a Director of Emergency Services as well as served as a Chairperson for the Emergency Services committees in Downey, CA and Whittier, CA. He has been married to his wife Elizabeth for over 29 years and has two daughters, Natasha and Alina. Natasha is in college studying Nutrition, and Alina in college studying Nursing. Rudy is a member of Lake Avenue Church and enjoys surfing the nearby beaches in his free time.